I am happy to say progress has continued on Boats Animator (although perhaps at the detriment of my other studies…). The main thing I have been working on has been improving frame playback. As you can see playback now occurs in a second window next to the capture one and I have fixed quite a few bugs that were occurring when the play, pause and stop buttons were pressed multiple times. You may also notice a few more interface improvements such as the delete icons in the corner of each captured frames, the new status bar with how many frames have been captured and the current fps and the arrows (which need resizing still) to scroll through the captured frames. 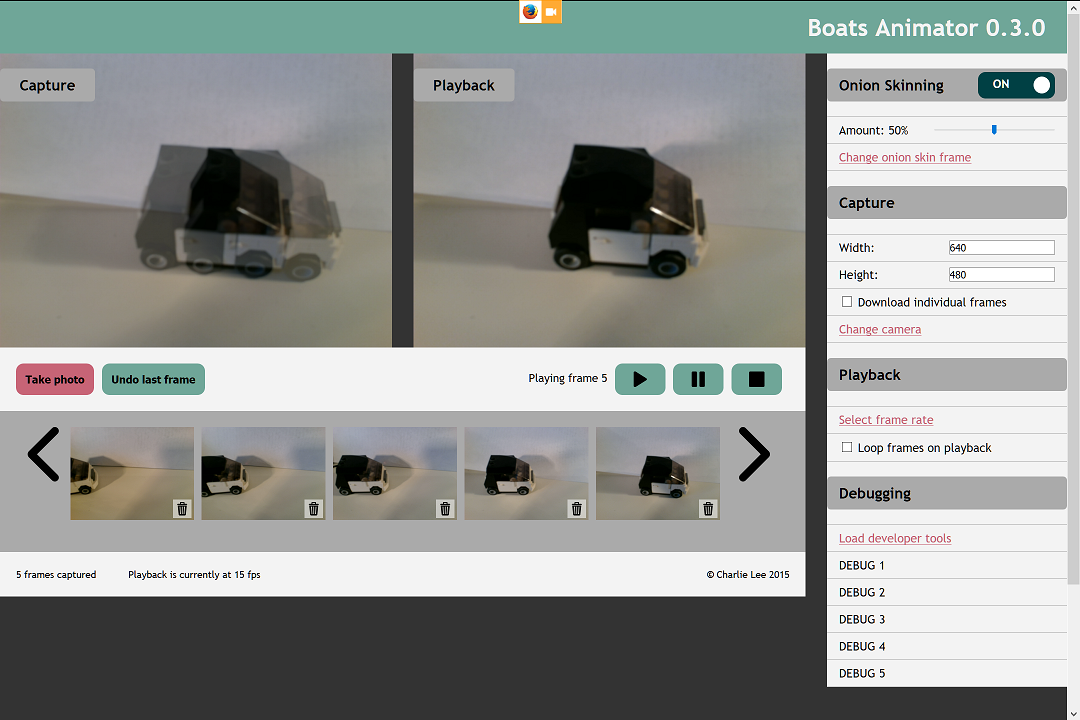 I showed off a demo of the program to a few people at school and generally I have had a very positive response. Although the feature people appear to want more than anything is the ability to export videos from the program.

At the moment I still working out how to implement this into Boats Animator and finding it rather difficult! I am pretty sure that I will be using the JavaScript WebM encoder Whammy but I am still learning how it works.

While I am still very keen to have ability to select a video source in a native interface (rather than that of the browser and the ability to select video resolution it has become clear to me that working on the export feature is the most important thing right now.