I am still working on getting Boats Animator into a fully useful state. So far the following features have been implemented: 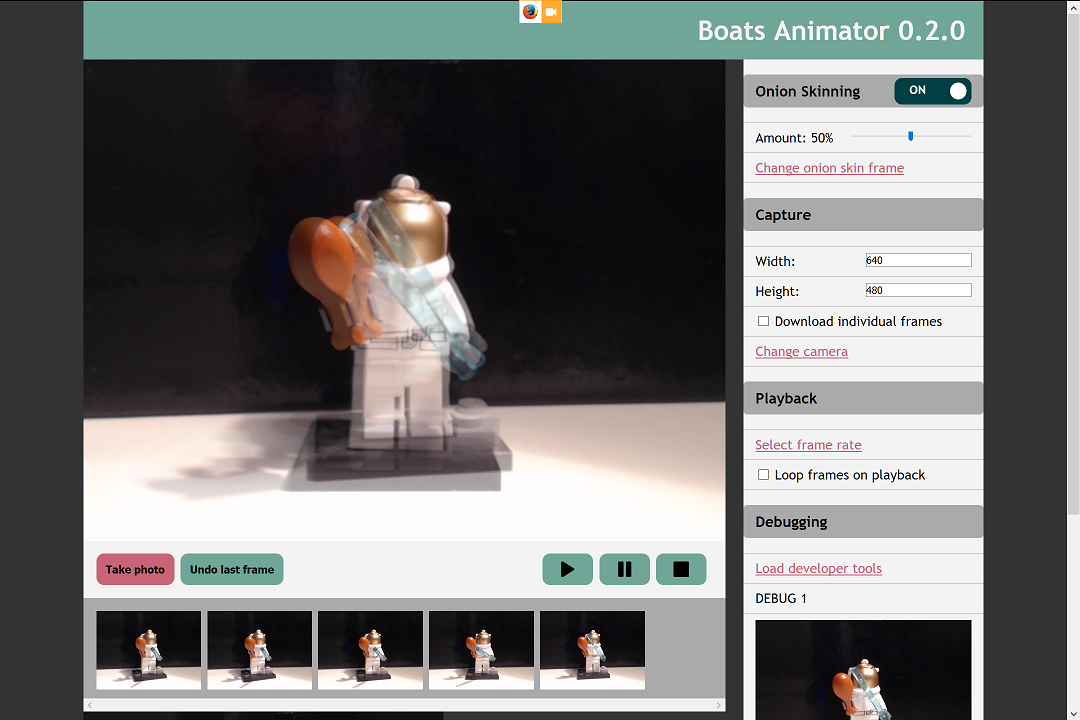 However there is still a lot of work to do. The capture preview feature works but is certainly not in its final form and I am not happy with how the download last frame feature works.

In addition 3 other major features that need to be added before any kind of public release are:

I have no doubt that it will take me some time to figure out how to implement these features. Also I’ve attached a screenshot of the program just to prove I am actually working on something!